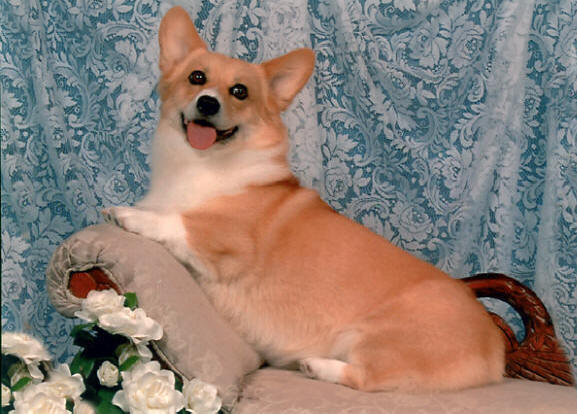 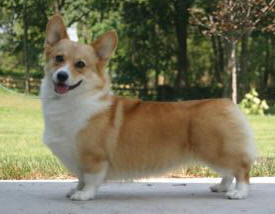 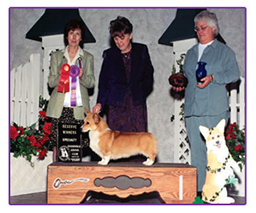 Ally was co-bred and co-owned with Pam Hudson, Calloway PWC and lives with us.

She is out of a Ch. Cinonnie Rigel ROMX , "Jamie"  daughter.

Ally  had a fun beginning to her show career, winning the Bred by Exhibitor Class at the the Palmetto PWC Club Specialty under breeder Judge Ms.  Anneli Sutela, Annline PWC of Finland  and she was only 10 mo. old. At two of the shows following the Specialtay in Spartanburg Ally was RESERVE WINNERS BITCH under Breeder Judge Larry Adams, Gaylord PWC and breeder Judge Terry Hansen Mitchell, Pinemeade PWC. On March 15th at the OVPWCC Specialty Ally received RESERVE WINNERS under Breeder Judge Joan Jensen, Martindale PWC. She had 4 Major Reserves to her credit at a young age and should have an exciting show career. Ally was WINNERS BITCH at the back to back Fort St. Clair shows under Mr. Gerald Schwartz and Breeder Judge Diane Sprung. Wildefox PWC.  Ally was Winners Bitch at the Delaware Ohio KC Oct. 23. 2004. She has 11 points.

Ally was the main couch potato here at Springmill Corgis and one of the sweetest dogs ever!

She was also most definitely Mike's girl!