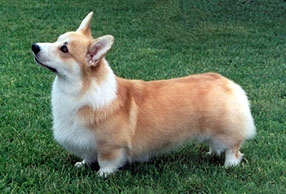 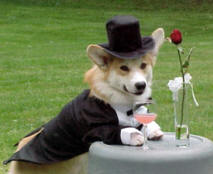 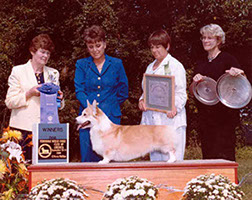 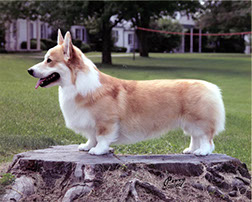 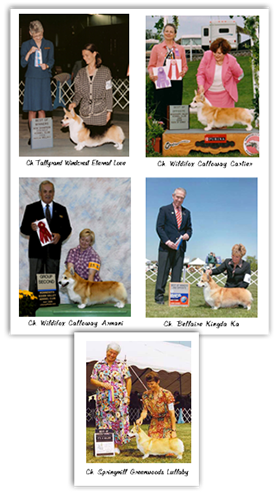 Jamie was co-owned with Pam Hudson, Calloway PWC and resided with her the mojority of his life though he did spend sometime here at Springmill to prepare for some shows.  He was imported from England from the Beazleys of Cinonnie PWC. Thank you ,Ken and Lily for this beautiful boy.

As a Champion, he has had multiple SPECIALTY AWARDS OF MERITS and was BEST OF OPPOSITE SEX at the 2001 Lakeshore  PWC Club Specialty under Breeder Judge Mr. Barry Coulson, Woodhenge PWC of England

Jamie received his ROM from the PWCCA with the completion of his 10th Champion offspring in March 2006 and his ROMX his November 2007 with his 15th Champion.

Jamie lived out his life with Pam Callaway.

"He has but turned a corner

He is not dead, this friend

But in the path we mortals tread,

Got some few trifling steps ahead,

And nearer to the end,

So that you, too, once past the bend,

He loiters with a backward smile,

till you can overtake - " 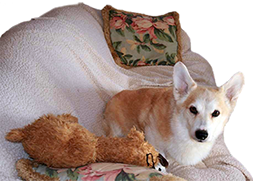