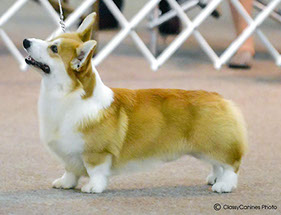 Romeo started his show carreer with Best Of Opposiste Sex in Sweeps at the 2014 Ohio Valley PWC Club's Specialty under Breeder Judge Melody Kist "Harmony". That same weekend at the Kentuckian Cluster Romeo picked up a major under Breeder Judge Linda Galphin, "Foxllyn" winning Winners Dog, Best of Winners and Best of Opposite Sex over specials from the 9-12 puppy class.

Next at the Pembroke Welsh Corgi Club of Greater Atlanta he was Winners Dog & Best of Winners under Breeder Judge Anne Bowes, "Heronsway" for a 5 pt major.

The Sunday after the PWC Club of the Western Reserve's Specialty at their supporrted entry of Pembrokes at the Western Reserve KC during The Chagrin Valley Summer Classic Dog Show cluster, Romeo was Winners Dog and Best of Winners for a major under Judge Judge Joan Fox.

Romeo won his sweeps class under Liisa Coit "Rosewood" at the 2014 PWCCA National.

Romeo completed his Championship in June of 2015 at the Ohio Valley PWC Club's supportted entry at the Echo Hills Kennel Club with another major and a Best of Breed under Judge Mr. Rick Gschwender.

He went on to finish his Grand Championship.

Romeo is the sire of Mr. Beazley.

He has 6 Champion offspring. 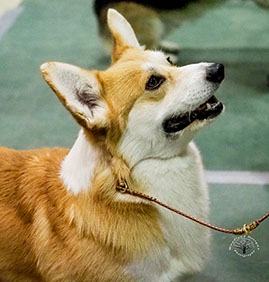 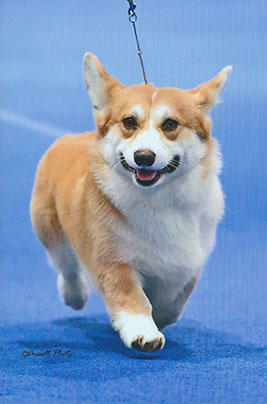 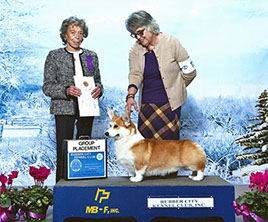 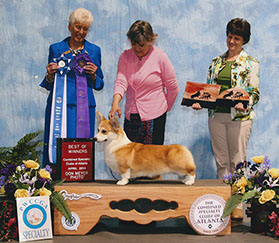 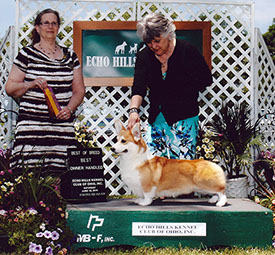 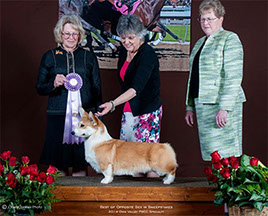